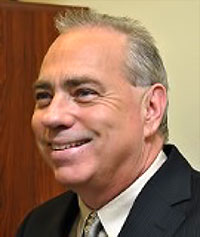 Michael Manahan is a financial strategist, consultant and lecturer at California State Dominguez Hills. He served as chief financial officer for three publicly traded companies, has started and owned seven small businesses, and as an advisor has worked with more than 100 management teams. Mike has been a member of the CFO For Rent® team since 2015.

Mike is a graduate of the British Columbia Institute of Technology in Financial Management. He earned his MBA from Pepperdine University and his CPA in Canada.  Mike also completed all course work for a Doctorate in Organizational Change at Pepperdine University (ABD).  He is the author of “Secrets to Raising Capital” and the former host of Biz Rap Radio.  As a teacher of finance and accounting Mike is educating the CEOs and CFOs of the future.

His accomplishments include building accounting teams, preparing companies for audits and sale, leading due diligence on acquisitions and investments, coaching CEOs and CFOs, creating projections and pitch decks, driving down costs, improving efficiency and cleaning up other people’s messes.