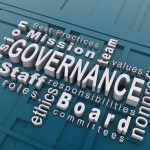 OK, how did we do it? What are the tactics behind the strategic bullets outlined in our last post on this topic? After all, strategy goes for naught if it isn’t supported by tactics, operational goals, and ACTION. Here are the actions that produced the startling transition you have read about over the past 4 weeks.

Transition in board membership:

All these programs and policies are continuing and being enhanced every year, and the organization now has the strongest governing board in its history. In terms of financial success, as noted previously, the agency has grown revenues by over 70% since the transition began, and they’ve just won the largest grant in their history. Certainly not just the result of an effective board, but also the strong performance of the agency’s management and staff. But these things don’t happen without strong leadership.

Foundations don’t give to the weak or ill governed, because they don’t want their money wasted. Private donors give where they feel their money will be appreciated for its bringing value beyond survival. Government social service agencies don’t give contracts to agencies that can’t perform. And strong performance comes from strong leadership at all levels, starting at the top.

I am pleased to say that I was the principal catalyst in virtually all of these changes, first as a management consultant and later as Board Chair, although substantial credit goes to the previous board chair, who fully supported everything I proposed.

The overriding message here: this kind of transition is not impossible. It’s not easy, to be sure. The leadership has to be won over to the idea that they can do better, that the organization can do better, but for that to happen they must adopt change even when change is uncomfortable. If the organization’s mission is truly in their hearts, great things are possible. I speak from personal experience.