About Knitting and Systems Evolution

Alert: This is not a techie post about bits and bytes. It’s about making good decisions when your internal growth requires support from outside your company in an area that is not your area of expertise. And it’s from an actual case history, although the end to the story is yet to be written. 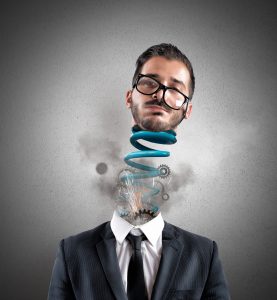 A company in the chain fast food restaurant business had grown significantly over several decades, to the point where their internal HR systems would no longer support the huge hiring, management and turnover needs of their large part-time worker force, which typically experienced upwards of 100% turnover each year. Added to their needs were the requirements of their franchisor, including mandating seamless integration with the franchisor’s HR systems. So they decided to go outside for a new system that would satisfy their data needs as well as those of their franchisor. Without an internal IT department to assist (red flag #1), the process was managed by their VP of HR, who had never managed such an effort before. Despite advice to the contrary, he declined to engage an outside IT advisor to help manage the process (red flag #2). He was clear on what he wanted to see, and the selected vendor sales team assured him they could provide what he wanted (red flag #3). The transition was long and costly, but it was expected to increase data visibility and reduce internal HR staffing.

Well, they couldn’t and it didn’t. After struggling to make it work for over two years the company decided to scrap that relationship and find a different vendor. This time they engaged a skilled outside IT consultant to advise them and help evaluate prospective vendors. Several vendors appeared well qualified in the eyes of their advisor, but now the cost of a transition was even larger than the first time around. The company balked at the realization that they were going to incur another high transition cost in addition to the inevitable strain on staff time already stretched by compensating for the shortcomings of the vendor they had. Caught between the proverbial rock and a hard place, they opted to stay where they were.

No happy ending here, it would appear. But perhaps a lesson for others facing a similar set of choices. We frequently read advice to companies to “stick to their knitting” – do what they’re really good at, and get someone else to do the rest. That is really good advice. And with the light speed at which technology is evolving today, few companies can afford to keep current with only their internal staff as a resource. This applies to many areas of support that companies rely upon outside their normal core competency: human resources, finance and accounting, supply chain management, and of course technology.

In other words, companies should look for opportunities to outsource those functions they can’t do well rather than drain valuable resources trying to do them badly.

And that’s the moral of the story.

We are your CFO for Rent®