Requirement to rotate auditors? It could be coming to you…

Today the US Government’s auditing watchdog board (PCAOB, or Public Company Accounting Oversight Board, for those who care about the details) announced they are actively considering a new rule requiring public companies to change independent auditors every few years. This action comes in response to numerous studies that show that the independence of many accounting firms is still not what it should be, despite the new rules imposed in 2002 by Sarbanes-Oxley. 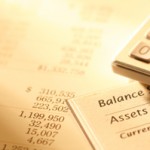 Why do you care? Because ‘Sarbox’ rules ultimately flowed down to many in the nonprofit world, as evidenced by California’s Nonprofit Integrity Act of 2004 and similar laws in other states. And because auditor independence is still an issue for those serving the nonprofit community, just as it is for public company auditors. So if you’ve had the same audit firm for 5 or 10 years because you like them and because they know you, you can appreciate how that sometimes leads to audit reports that may be more favorable than they might be if a new firm was doing the audit.

What action should you take? So, for now, be aware of the possibility. If you have political figures among your supporters, you might look for the opportunity to let them know how you feel. Better sooner than later, as they say.

And if you have not yet formed an audit committee of your board, consider doing it NOW.