Still another reason to beware Wells Fargo and watch your credit cards!

Mark Olson, one of our seasoned CFO contractors and an experienced CPA, had a horrible experience recently when his ID was duplicated and used to defraud him out of thousands of dollars. How his long-time bank, Wells Fargo, dealt with it was so wrong and so inappropriate that he wrote about it for our blog. As Black Friday approaches and the holiday shopping season gets started in earnest, his situation needs to be known to the shopping public. Here, without any attempt to edit his words, is Mark’s story. 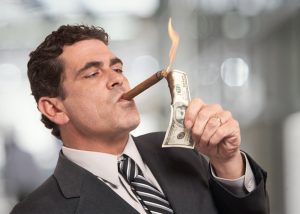 My Horrible Experience with Wells Fargo in Dealing with Credit Card Fraud and ID Theft – Will the Problem Improve or Only Get Worse?

As we now enter into the holiday season, I thought it was appropriate to share my horrible experience with recent credit card fraud and ID theft.  I have been with Wells Fargo Bank for 19 years and I have several accounts with them, personal, business and brokerage.  In October, I was notified by Wells Fargo’s fraud department of a suspicious transaction for a charge on my personal credit card for an amount in excess of $5,000 the day following the charge.  I said that I didn’t make the transaction and Wells Fargo promptly removed the charge, cancelled my card and re-issued a new card.  I thought nothing more of this and assumed that everything was fine.  I then received a call from Wells Fargo’s fraud department and they asked me a few questions on a recorded line.  The one question they asked was “Was I in possession of the credit card at the time of the fraudulent transaction?”.  I responded “yes” and again, thought nothing of it and again assumed that everything was taken care of and this would forever disappear from my account.  Wrong!

I received a letter in the mail stating that my fraud claim had been denied. I reviewed my credit card account and saw that Wells Fargo had put the charge back on my account.  I had several conversations with Wells Fargo’s fraud department and they repeatedly said that, because I had possession of the credit card at the time of the charge, I was liable and they would not remove the charge.  My credit card came with both an EMV chip and magnetic strip.  Wells Fargo claims that the transaction had been conducted using the EMV Chip and PIN and therefore, since I had the card, I was the only person who could have performed the transaction.  Wells Fargo said EMV chips are impossible to duplicate.  Wells Fargo said I could submit a letter of reconsideration, which I did after I had conversations with the Target store where this happened and the Los Angeles Police Department.  I discovered that the charge was for several gift cards at Target and that there was surveillance video of the transaction.  I explained this in my reconsideration letter to Wells Fargo and also stated that I had filed a police report with the LAPD. I attached a copy of the police report.  The LAPD told me that the bank would contact them and take over from there now that a police report had been filed.  LAPD said, based upon past experience, they expected this charge to be removed from my account.  My reconsideration was promptly denied by Wells Fargo.  I later learned from LAPD, the bank never called them to discuss my case.

I again contacted Wells Fargo fraud and they gave me the same reason for denial and cited SEC regulations that prevented Wells Fargo from removing the charge from my account.  They said that I could write a second letter for reconsideration offering new facts in the case.  I then contacted the Target store again and spoke to Assets Protection.  They said they had the surveillance video and had viewed it.  They said they would release the video and the credit card sales receipt to a police officer.  I contacted the local police department and arranged to meet with them the next day.  The next day, we met with Target security and the Officer and Target security viewed the video and discovered the charge was conducted by either a Hispanic or African American male in his 20’s and that the card had been swiped and a signature was made on the electronic signature pad and ID was presented.  I am in my early 60’s and Caucasian.  This person obviously had a fraudulent duplicate card and fake ID.  The local police officer has opened a new case.  I composed, faxed and mailed my second letter of reconsideration with these facts to Wells Fargo Fraud Claims and copied several senior executives from Wells Fargo and Target Stores, elected officials and my credit reporting agencies.  It will be very interesting to see how they respond.

Credit card fraud and ID theft are very serious crimes.  As citizens, we have a responsibility to stand up and be strong against the perpetrators and those who are supposed to protect us.  We have rights that are often trampled on.  I see this problem only getting worse as there are more security breaches and continued lack of will by executives and government officials to stop this problem.  For you bankers and retailers, please do the very best you can to help resolve these problems in the best interests of the victim and do everything you can to beef up your cyber security systems and credit card processing practices.

From Gene: Knowledge is power. Have a joyous and grateful Thanksgiving!