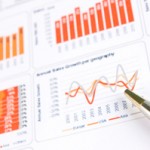 There are only a few truly universal concepts in financial accounting, and one of them is called the matching concept, in which the cost of a purchased benefit should be recorded in the same accounting period in which the benefit occurs. Thus the company that sells a pair of shoes is expected to record the cost of making or buying those shoes in the same period in which it sells them. Similarly the matching concept applies to expenses not as tangible as shoes for sale, e.g., insurance premiums are charged to expense over the period in which insurance coverage is provided – typically a year or more; new product development costs are recorded over the timeframe it is expected that the new products will be sold, and so on. Some expenses are incurred for the legal right to some benefit, and rights are not things, per se, but rather are intangible assets that bring value to the owner even though they lack physical substance.  A typical reference regarding accounting for intangibles:

“Intangible assets include patents, copyrights, trademarks, trade names, franchise licenses, government licenses, goodwill, and other items that lack physical substance but provide long-term benefits to the company. Companies account for intangible assets much as they account for depreciable assets and natural resources. The cost of intangible assets is systematically allocated to expense during the asset’s useful life or legal life, whichever is shorter…” (Source: www.cliffnotes.com)

Significant marketing investments, such as the cost of developing a new web site or a branding project that will clearly benefit a company’s marketplace positioning for a significant period of time into the future may be considered intangible assets for accounting purposes, and may thus be amortized over their estimated useful lives, without regard to the timing of the cash transactions that paid for them.  While this accounting treatment has not always been universally accepted, the impetus for more realistic recognition of the value of purchased intangible marketing assets goes back 20 years or more.[1]

Accounting literature makes the case for web development an easy one, as software developed for internal use is a common intangible asset among many publicly traded companies, and thus the options are available to, and commonly used by, any company anticipating similar investments.  Other examples include trademarks, brand names, videos and other artistic-related items, internet domain name purchases, mastheads, etc.[2] Such accounting treatment is appropriate primarily when the development was performed by outside experts engaged for that purpose, rather than internal staff, even though there is a growing body of support for capitalizing such expenditures even when developed internally[3].

Conclusion: Marketing campaigns that are seasonal or short-term in nature, e.g., advertising for an annual sale, should be charged to expense as incurred, just as with any other consumable item. However when a company embarks on a multi-year program of rebranding or repositioning in its marketplace, such projects are by their nature intended to provide value over multiple years. Otherwise the expense is probably not a good investment. Recognizing this reality, it seems inaccurate to attribute the entire cost of such a program to the year in which it is launched or developed, in effect  allowing later years to benefit from the investment without bearing any of the cost. Thus it is recommended that such programs that are clearly intended to be beneficial for a number of years into the future should be amortized over their estimated useful lives just like any other similar intangible asset.